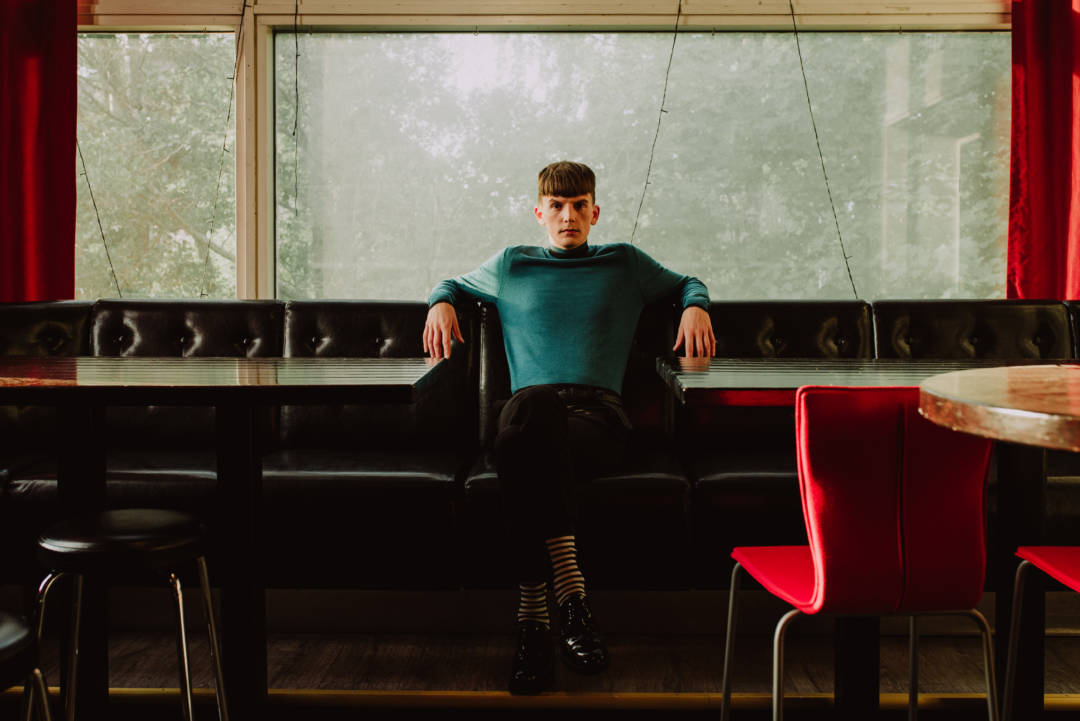 – Out of desperation, is the answer that Joe Sutherland gives when asked about how he got into stand-up comedy in the first place. Sutherland performed at Kerubi nightclub on Thursday evening and also at Ilosaarirock Lounge on Friday. Sutherland performs with ease and makes stand-up look very easy. Of course, that is not the case. He has written page loads of notes in his notebook and pieces of paper.

Sutherland tells that he is working in his dream job, but the road to that point was not easy. After he graduated from university he did not find work in London.

– I studied video arts because I had heard that Jarvis Cocker and M.I.A had done the same. I thought that that’s how you become a pop star.

– I worked in a pub, I worked in a cinema and art gallery. I had a modeling contract. A very short one. I made zero money. This was a a time in London when everyone were doing zero hours contracts. So, you were employed but there was no guarantee you’d get any money. I sat at home with five pounds on my bank account and thought, oh well, toast for dinner.

As for many comedians, the beginning of his career was a rocky one. There must be something wrong with a comedian if they are great right away, he states.

– It started out of desperation. I thought to try something that I had always wanted to do. On one rainy day, I tried stand-up on small open mic night and I knew right away that this is it. The performance was horrible, but it was that feeling that I had made something very secretly and shared it publicly. It was that rush. It’s very addictive.  It’s worse than drugs, I imagine. It should be banned.

Sutherland was kind of raised for comedy. His father was a huge fan of stand-up comedy and used to bring Joe along to the Edinburgh Fringe Festival.

– He used to sneak me into the naughty late night shows. 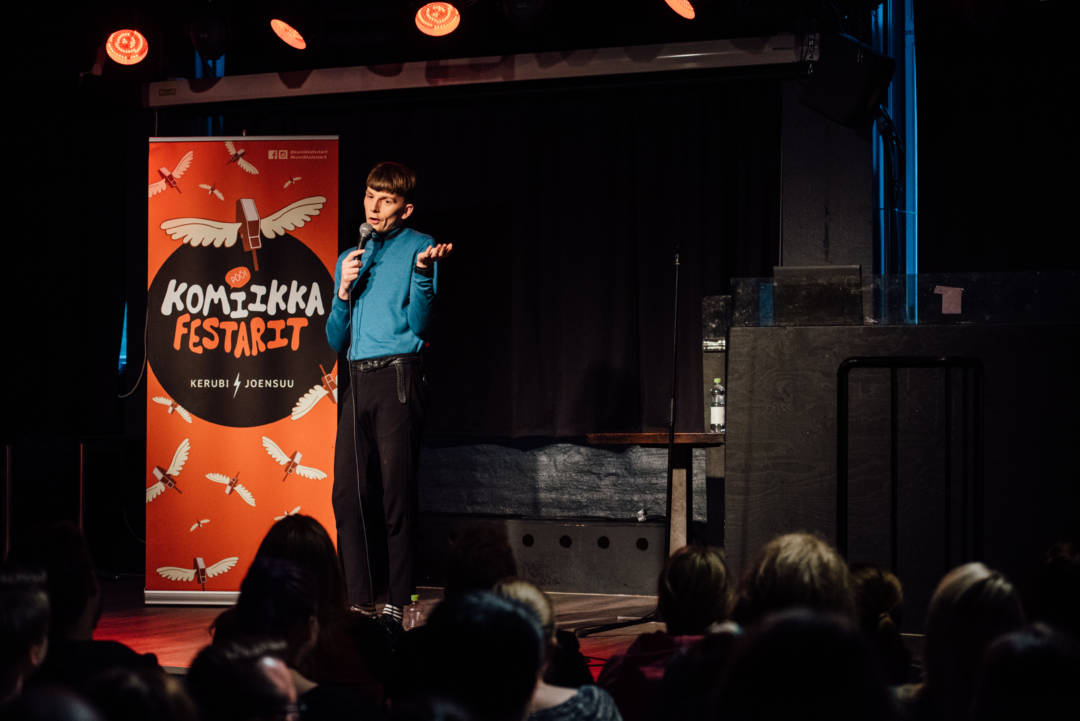 There is a saying in Britain that you are not a real stand-up comedian before you have been in the comedy business for at least ten years. Sutherland has been one for seven years now.

Sutherland uses topics such as masculinity and gender roles in his performances. He often finds inspiration in situations in which he is surprised of his own humanity. He notes that comedians are weird in a way that it is often easier for a comedian to talk about very personal issues to a large audience than to close friends.

– I had just moved in with my boyfriend. I felt upset because I had watched a sad TV show about homeless cats or something, I got up to go and have a little cry. As I stood up, I realized that I have nowhere to go. Every room that I’d go, he’d be there. I’m trapped! Those are the moments where I get my material.

Sutherland rejoices that the 90’s is back in fashion.

He has used Spice Girls as a topic in his performances because he was a huge fan, obsessed even.  He was not going to do another show about Spice Girls but then they reunited.

The women of Spice Girls were loud and rude working class women and they did not hide what they were. Sutherland thinks that it was extremely inspiring to a lot of young girls but to soon-to-blossom queers as well.

– I don’t want to necessarily compare them to Sex Pistols but there are similarities in their impact.

Sutherland is waiting for Ilosaarirock although he confesses that he does not go to festivals often.

– In big festivals you have to walk for miles to get from one stage to another. Here you can walk around and see the whole thing in half an hour. 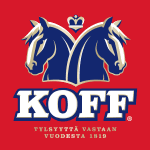